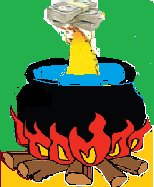 The annual report of the central bank for 2015 is out and I see some noticeable changes in the writing style though the format is essentially the same. The picture that it paints is not so rosy!

Is it the good governance or central bank independence reestablished after the regime change? Several other factors do not warrant hypothesizing so. Of course, there were improvements in many fronts but central bank credibility was not one of those.

I read more sentences behind the printed lines than what they literary mean. The central bank is an organization with more Sinhala Buddhists in its cadre than the proportion in the country who belong to the semi-urban upper middle class. There’s no secret how the political ideologies of this social segment are aligned now. Of course, the central bank is a large group of professionals and there’s no direct connection between the political views of individual officers and their professional life but the group conscience of a large organization is ultimately that of the majority. If so, Governor Mahendran’s hold on the decisions of lower ranking officers may not be that strong. Is the resulting conflict reflected in the report? Perhaps, it should be something more than that.

The credibility of the numbers of the central bank has been questioned from time to time by various quarters of the society but in general these accusations reside on no strong base. Yes, while the true status of the economy at any given moment is hidden behind the numbers of the central bank, they often like to talk aloud about the country’s achievements and project an optimistic economic outlook than painting a gloomy picture. Any weaknesses or risks are presented but rarely highlighted. The economic indicator which clearly outperformed during the period, whether it is the GDP, inflation, unemployment rate or official reserve base, usually makes news.

Central bankers have a rational excuse to defend this approach. Managing an economy is managing the society, managing people, not machines. People do respond to information they have and the overall economy is sensitive to collective actions of individuals, no matter whether coordinated or random. Obviously, any pessimistic view expressed by the central bank has the potential to make things worse. So, perhaps, it’s not a bad idea to present the accomplishments first before making the society panic.

Wait a moment! Here, I have a clue.

Which sector of the economy has performed well during the past year? There lies the answer. The central bank has nothing to sell this year!

“According to provisional estimates released by the Department of Census and Statistics (DCS), the economy grew by 4.8 per cent during 2015 in real terms, compared to 4.9 per cent in 2014.”

The GDP growth is 4.8%, well below what the government and the central bank projected at the beginning of the year, significantly below the average growth during the past decade and even below the long-term average since 1977. This is what the central bank said just a year before in its annual report for 2014, the first report presented by Governor Mahendran to Minister Karunanayake.

The 4.8% growth is nowhere closer to the expected 7%. Do any of you guys anticipate “an average growth of 7.8 per cent over 2016-2018” at this point? Yet, the central bank expects that, “with appropriate policies, the economy will return to a high growth path in the medium term”.

The output is below its potential! The quarterly trend from 7% in Q2 to 5.6% in Q3 and 2.5% during the last quarter appears more worrisome but this trend is an artifact of the base effect. However, the output gap seems to be negative for the third consecutive year based on revised base-2010 estimates.

The inflation doesn’t seem to be a problem and perhaps we are witnessing a deflationary spell, something Sri Lankans are not very familiar with. Is it an achievement of the central bank? Price stability well maintained? Unfortunately, it’s not something to be jubilant. The zero-bound inflation or deflation, whatever it is, is merely a sign of low aggregate demand but not the result of prudent monetary control.

Look at the unemployment figures.

“The unemployment rate increased to 4.6 per cent during 2015, compared to 4.3 per cent recorded in 2014”. The female unemployment, in particular, has “increased from 6.5 per cent to 7.6 per cent” something to note.

The unemployment rate was on a declining trend since 1990s and “marginally declined to 4.3 per cent in 2014 from 4.4 per cent in the previous year”. The trend seems to have reversed.

The output hovering below its potential level, deflationary trend in price levels together with increasing unemployment suggests that the economy needs a Keynesian boost. But, is the government in a position to do so? Unfortunately, the government's budgetary position is not only too weak to provide an upward thrust to the sick economy but also in need to squeeze it further for its own survival.

Here’s is the scorecard of the government in central bank’s words.

“The central government debt to GDP ratio increased to 76.0 per cent in 2015 from 70.7 per cent in 2014, reflecting the relatively high budget deficit, lower nominal GDP growth and the impact of exchange rate variation.”

The central bank stresses “the need for strong fiscal reforms to reduce the budget deficit and accumulation of debt.”

The external sector has always been a mischievous boy, not without reason. He was misguided for decades. We face the consequences now as we did in several previous occasions but winds appear to blow stronger than before this time. Is it an early sign of a tornado?

“As of end 2015, the rupee had recorded a depreciation of 9.03 per cent against the US dollar”, of course, a necessary and inevitable correction but this happened while “the balance of payments (BOP) recording a deficit of US dollars 1,489 million” and the country’s gross official reserves declining to “US dollars 7.3 billion by end 2015 from US dollars 8.2 billion at end 2014”. In other words, if not for the central bank’s intervention which costed nearly a dollar billion of the country’s official reserve, Sri Lankan Rupee would have been fallen further significantly. This is not a game one can play forever.

How did the government finance its deficit?

“The budget deficit was largely financed by domestic sources, given the slowdown in foreign financing during the year.”

Now, let's put all the pieces together.

The economy phases through a period of negative output gap at least since 2012, if I have to believe the rebased GDP numbers. The unemployment is on rise while the price level is stagnant; both reconfirm the below-potential operating status of the economy. Moreover, the savings rate as well as the investments are on a declining trend since the same year to maintain consumption level, an act of cannibalizing future growth.

The conventional wisdom suggests that the economy needs a fiscal stimulus or a monetary boost. If not, the result could be so called stagflation, a status in which the economy could succumb to the injuries. Theoretically, a natural long-term recovery is possible but we never witnessed that long-term natural recovery scenario anywhere- social unrest always precede triggering a different outcome.

Fiscal stimulus? Are you kidding?

Government’s tax revenue is just sufficient to service existing debt and additional financing is needed even to cover day-to-day expenses. Yes, we were doing this for some time now and the economy didn’t collapse. We can load the donkey as we did before but when it reaches its critical point a needle will easily break its spinal code.

In order to boost the economy through a fiscal stimulus government budget has to be stressed further and that will require more debt. More debt will increase interest expenses and exacerbate government’s budgetary issues. This is not a feasible option. In fact, right at the moment the government attempts to solve its own budgetary problems through tax hikes which will hard hit the already beaten up economy and slow down the GDP growth further.

What about some loose central bank action?

Yes, the Governor can turn the valve. There won’t be an immediate issue since the inflation is almost zero but in time it will take its toll. Private sector credit is already growing at 25.1% compared to the 8.8% growth in 2014 and the broad money has grown by 17.8%. The only thing we miss to make a bad soup is high inflation. She is on the way but the central bank can give her a fast ride if it wishes.

This still is not the worst situation that we can imagine. The IMF will be able to rescue the economy out of this mess for this time too but potentially igniting some political turmoil. The country needs some economic vision beyond the IMF’s financial programming and policy framework. The IMF is an organization established to help countries that faces BOP crises to come out and they will have policy prescriptions just to do that. It is quite likely that the government will not be able to implement the austerity measures potentially suggested by the IMF given the political conditions of the country.

“Short term fiscal and monetary stimuli are inadequate to support economic growth continuously, and tightening policy spaces and resource constraints point to the fact that such short term stimuli are no longer affordable.”

This is how I read what the central bank says.

“Sorry, guys! We have done our best but there’s nothing more we can do! We can play with the economy for a while and stretch it a little bit but that stretch is cyclical. It returns to where it was. We can’t pull it any harder without facing the risk of breaking it.”

The crab in the pot who knows how to read a thermometer can notice his fate before the others feel the heat. Central bankers are the ones to be blamed first if the economy crashes and they know that. The annual report this year contains a clear message from these guys.

“Well, we said it in advance!”

Of course, the present government is not the one to be blamed for this whole mess. They adopted someone else’s child. But, the same applies to the previous regime too. The entire country has been enjoying the dividends from a massive pyramid scheme for decades which ultimately will collapse.

Mahinda Rajapaksha did not take over an economy without problems. All current structural weaknesses were there even before him. However, we finally ended up in this mess as a result of the economic policies during the most recent decade which completely ignored the long-term consequences but the day-to-day survival.

Anyway, Mahinda Rajapaksha is not a stakeholder of the current regime. The responsibility of avoiding a cash landing lies at the hands of present rulers, not on the ones who are retired.

Yes, I said ‘avoiding a crash landing’. The choice is not between a takeoff and a landing but between a crash landing and a smooth landing. So far, the present regime too is running towards the disaster, but not away from it. I do understand the political challenge they face in bringing in reforms. But, that’s where the political leadership is needed.

(Sorry, guys! I have no time to type this in Sinhala. Feel free to email me if you want a pdf of this.) 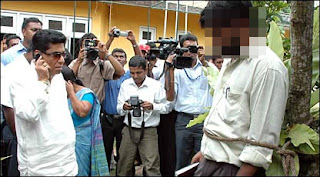 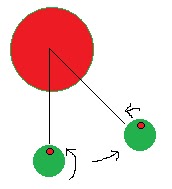 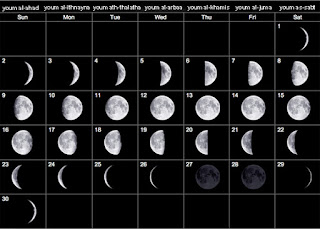 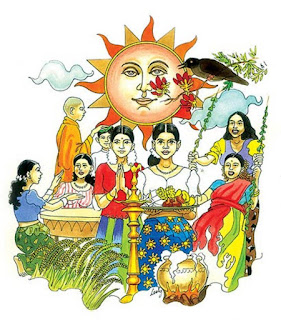 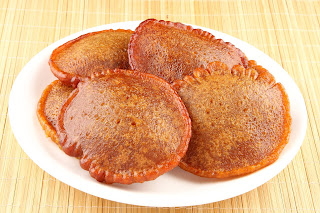 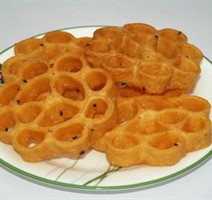 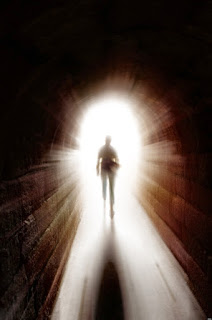